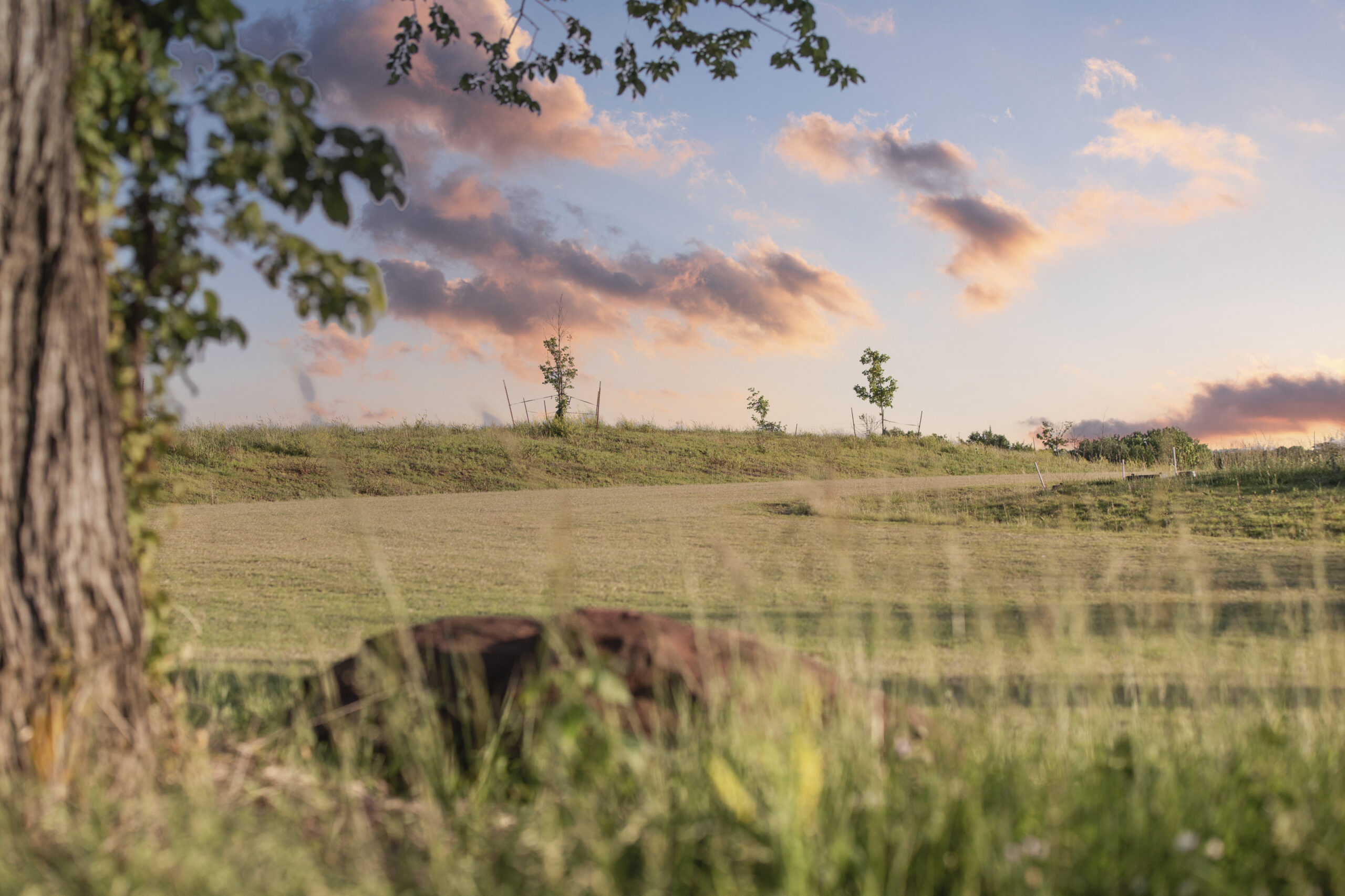 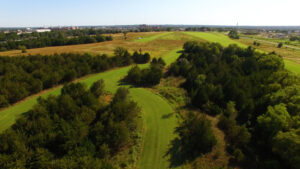 The 80th running of the Cowboy Jamboree – taking place on October 3rd – was going to be special.  It was supposed to be the first look at the 2020 NCAA Cross Country Championship course in Stillwater, Oklahoma after running the NCAA regional championship there in 2019.  Featuring almost $4 million dollars of bells and whistles, the iconic race course had been manicured to perfection.  It was also to be an unveiling of sorts – the first run on a dream course in-the-making for three-time national coach of the year, Dave Smith, in his 19th year at Oklahoma State University.

Instead, like many other teams across the country, Smith’s teams will be tested a number of times this week for the coronavirus.  The 13 schools running (as of Wednesday) will have to test as well, including the afternoon before the race.  All in attendance will have to wear a face-covering and practice social distancing, with the exception of the runners on the course during the race.

This is cross country’s “new normal.” Quarantining, Zoom calls, rapid testing, contract tracing, no weights, group runs, Indoors Nationals or NCAAs in November – the list of changes is expanded almost daily.  But Coach Smith smiles and shrugs when asked about it all.  He seems to have the right attitude, even when faced with cross nationals being run in March (maybe they say).  Boost Treadmills’ Layne Anderson jumped on a Zoom call with Coach Smith earlier this week to learn more about this weekend’s Cowboy Jamboree.  They also talked about how he has adapted his coaching methods throughout 2020. 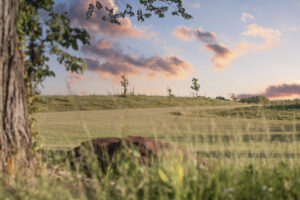 BOOST: Thanks for taking time to chat.  Let’s get the part of the conversation out of the way that isn’t about running.  This year, because of the pandemic, how important is it to adapt to change?

BOOST: It sounds like you have to be more flexible than ever.

Smith: Because of all the changes, we have to be conscious of our response. Our athletes know when we’re stressed as coaches and then they’re stressed if we think something’s a big deal.  I’m kind of a control freak, but I’ve decided to start new every day. We’ve always got plans: sometimes they work out and sometimes they don’t, so we have to adapt. We all have to be uber flexible. As a head coach, it’s important I’m not too set in my ways, to not get dialed into ‘we have to do it this way.’ I’m always willing to learn and so again in this situation, we are forced to be nimble.

It can provide opportunities for us to learn something new. Adopting that attitude makes it a lot less stressful for me.

BOOST: What will coronavirus testing look like this week?

Smith: Obviously we’re doing everything we can to keep people safe.  We’re testing like crazy.  With the exception of runners on the course, everyone will be wearing a face covering.  The Big 12 Conference has its own set of protocols that we adhere to, including the teams running. We test twice a week, but with a competition, we have a PCR test within 72 hours of competition and a rapid test 24 hours prior to the competition.  All the teams running will be tested within 24 hours of departure from their campuses.

BOOST: The Cowboy Jamboree has long featured elite cross country teams from around the country.  The last couple of years the course has been under construction.  How excited are you to debut the new course?

Smith: The teams are excited – they can’t wait to run on their new home course. It’s been a weird year.  We haven’t run competitively since mid-February. We’re used to running in the winter, throughout the spring and well into the summer with a break.  I think for many of them, this has been the longest time away from competitive running in their lives.

BOOST: Who will the Jamboree feature this weekend?

Smith: We have a number of Big 12 Conference teams coming as well as some local teams.  We have Iowa State here, who’s potentially one of the best teams in the country (the Boost Treadmill poll has them at No. 2 nationally). We’ve been there in the past and right now I feel like we’re on the way back. It could be a good competition between the two of us.

BOOST: Who’s more excited for the teams to run: you or the athletes?

Smith: I can feel the electricity and the excitement from their practices right now.  It’s bubbling up – just any sense of normalcy and getting back to doing what they love – running. You can feel it as they do a little cooldown around the infield of our track, with all the excited chatter.  They’re hungry to get back out there.

BOOST: How do you like the way your men’s and women’s teams are running right now?

Smith: Based on workouts from the men, we seem really juiced.  I don’t know if it’s because they’ve had a six-month layoff from workouts so their batteries are so charged up they’re so eager to do something that they’re overrunning the workouts. As a head coach, maybe I can learn something about this year.  Maybe all the forced downtime this spring and summer will teach us something about recovery. This team is amongst the best groups I’ve ever had, including or equal to some teams who’ve won national championships. I’m excited about that. I think they’re excited. They know there’s a lot of work to be done.  We are about 95% healthy right now.

We’re running about half a team this week on the women’s side. We’ve had some things pop up that have made some people unavailable. But as the year goes on, I think the women will be back in the hunt.

BOOST: Going back to your training during the week – how different is it due to the pandemic?

Smith: Very different. I don’t allow either teams into our locker rooms. We meet outside and in much smaller groups or pods. I’ve got the group split up by gender, ability and roommates. I have my one and three runners in one group, and my two and four in another and so on.  With contract tracing, we don’t want to wipe out the whole top five in one group.  At the beginning of our training, the first of the top groups would run and then the second would come in and want to know their times. It got to be a little too competitive so we stopped telling them.

BOOST: Oklahoma State will run the Big 12 Conference Championship on Oct. 30 at Kansas after hosting the Cowboy Invitational Oct. 17.  That’s a tall task.  How do your young runners look?

Smith: Isai Rodriquez is healthy again after finishing fourth for us as a freshman.  He was banged up quite a bit last year.  We have three guys right now that have All-American potential (NCAA). We have a string of young guys to watch. In our program, we haven’t gotten a lot of production out of true freshmen in the past, but I’ve got three or four true freshmen right now that might run in our top 7 throughout the entire season. Bottom line, we’ve got depth like we haven’t had in awhile.

BOOST:  You mentioned you aren’t using the weight room to create space for other sports’ teams who have a greater need to train on the equipment.  Seems like a negative, but you are taking it as a positive.  What are some positives you will take away from all these changes this fall?

Smith:  (smiles) Maybe we’re going to be great this year because we’re not trying to do so much.  In addition to having a big recovery from March until September other than some jogging around for six months, maybe we’ll be better than we’ve ever been. This new normal has me rethinking the way I’ve done it in the past.

I’ll give you an example. When I was at Texas Tech, I coached Leigh Daniel. I thought she was a 36-minute 10K woman because that’s what her PR was. So I said, ‘Hey, let’s train like a 34-minute woman so you run 34 minutes.’ I had her do all the work I believed a 34-minute woman would do.  I kind of overtrained her and she went 32:50. I was like ‘if I’d known you were 32:50, I would’ve trained you like a 31-minute woman, and then you would have run 36 minutes.’ I learned something from that lucky mistake.

BOOST: As we close, what makes you smile right now?

Smith: Every time we get out here and none of our student-athletes have tested positive for COVID, it’s a great day.  We’re all getting the work out done. They’re all excited. It’s like therapy now. This is what I’ve needed for the last six months.  To be out here, seeing people who are excited and dreaming big.  Young people are just better at being hopeful and resilient and that makes it fun everyday. 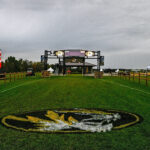