Bridget grew up in the East Bay Oakland area where she would eventually attend college at UC Berkeley, majoring in international political economy. Right out of college, she worked in the running industry doing branding, marketing, and sales, then began working with different start-up companies. She later went on to move to Boise, Idaho and receive her MBA from Boise State. As an acquaintance of Tom Allen’s in college, they both stayed connected and Bridget would eventually join the Boost team as a sales/operations role. Some of her goals for the company are to get Boost treadmills out to more people, as well as prevent burnout in collegiate athletes and allow post-collegiate athletes to continue running. She envisions Boost treadmills becoming a standard technology across universities and PT clinics. Her favorite thing about working with Boost is that she gets to help build something and see it grow. In addition, she also loves the friendly work environment as well as interacting with customers and being apart of the athletic world where everyone has similar mindsets of being active, helping others, and living a healthy lifestyle. When she is not working, she enjoys being outside, camping, trail running, swimming, lake days, and traveling. 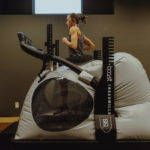 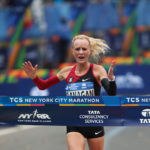 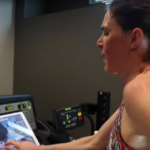